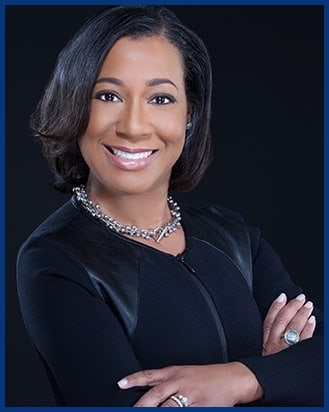 When you need insight and guidance for what comes next...

COVID-19 Update: Gaillard Law is committed to providing high quality legal services to our clients safely and offers video conferecing and touchless document transfer. Please contact us at (301) 363-2933 to set up your consultation.

One hundredth (.01) of a percentage point may seem like a small thing but it makes a big difference when it comes to drunk driving laws in Maryland. Driving while under the influence of alcohol (DUI) and driving while impaired by alcohol (DWI) are crimes frequently charged against drivers in Maryland. A driver can be charged with either or both, and which offense is charged depends in part on the measure of a driver’s blood alcohol concentration (BAC) as determined by a breath test or a blood test. Additionally, the penalties that you face also depends in part on whether it’s your first DWI or DUI offense, or one of a few.

Drivers with a BAC of .07 percent (but less than .08 percent) may be charged with DWI and for a first offense, a driver may be subject to penalties that include a fine of $500; incarceration of up to two (2) months; a 60-day suspended license; and eight (8) points on your license. In some instances, a driver charged for the first time with a DWI may be given probation before judgment (PBJ); however a PBJ cannot be expunged from your record.

Many DUI cases involve an officer stopping a driver in his or her vehicle because the officer observed the driver violating a traffic (or other) law. Typically, the officer asks the driver to get out of the car for the purpose of performing one or more field sobriety tests. These are standardized tests which include the horizontal gaze nystagmus test; the walk and turn test; and the one leg stand test. The police officer assessing the driver will likely ask the driver to submit to a (preliminary) breath test in the field, at the site of the police stop, then the officer will make a decision whether to arrest or release the driver based on the outcome of the above tests.

And the Right Attorney can Make an Even Bigger Difference

There are a number of ways to defend clients charged in drunk driving cases and a number of opportunities to resolve cases favorably, from MVA hearings, to trial in the district court, to trial in the circuit court. Robin Rucker Gaillard, Esq., is an experienced DWI and DUI Maryland attorney able to review your case and assess whether the police acted appropriately in any investigation and to assess the merits of a challenge to your charges. For example, many drivers charged with DUI were stopped by a police officer as a result of the officer observing the driver violate a traffic law but sometimes the officer is unable to specify a legitimate reason for stopping a driver. In those instances, the stop may be illegal. The law does not support a police officer being able to use in court any evidence that was gathered during an illegal stop. Without evidence to support the driver being impaired, there is likely no case against the driver and the matter is generally dismissed. Many police stops are lawful and if it is established that the police had a valid reason for stopping a driver, it is critical to establish whether the police officer had sufficient evidence to have the driver do the sobriety test(s). If no valid reason exists to have a driver get out of his or her vehicle for the purpose of participating in the sobriety test(s), then in those instances an experienced attorney like Robin Rucker Gaillard, Esq., may argue on behalf of the driver that the field sobriety tests and other evidence gathered by the police should not be admissible at any trial on the DUI charges.

Attorney Robin Rucker Gaillard can successfully assist drivers charged with DWI and DUI cases and get the best possible result in your case. It’s important to have the right attorney advocating for you at MVA hearings and in court. Call now for a consultation with the Law Office of Robin Rucker Gaillard, LLC, and get started finding a solution to your legal issues today.

Contact Us
Practice Areas
Client Reviews
★★★★★
Robin is always the smartest person in the courtroom. She’s alway ten steps ahead of everyone else. I was always well-informed and made a very active part of the process. She never did anything without my knowing or without my full approval. I will undoubtedly continue to recommend her for as long as she is practicing. Sadie Groves
★★★★★
I want to thank Attorney Robin Rucker Gaillard from the bottom of my heart for all she has done for my daughter and I. The Prince George’s County Bar Association referred me to the Law Office of Robin Rucker Gaillard, LLC, for representation in a contested custody matter. She built a very strong case for me and showed the Court the flaws in the opposing party’s case. Her representation, led me to getting custody of my daughter and there is no price you can put on that. Kimeola Cato
★★★★★
Attorney Gaillard represented me in a DUI/DWI case where I was facing points and jail time. I thought about trying to go it alone but a friend recommended Attorney Gaillard. Thanks to her good advice early on, she put me in the best position possible and when it came time for my hearing, she was excellent in the courtroom and got a good result for me. Highly recommend her and thankful for her knowledge and experience. K. P.
★★★★★
When I was contemplating leaving my abusive husband of 15 years, I was referred by a friend to Attorney Robin Rucker Gaillard, who had helped navigate her ugly divorce. From day one, Attorney Gaillard understood my situation and was very compassionate and insightful. She patiently walked me through the entire process and helped me analyze all my options. As my advocate, she remained calm and focused and put together a strategy that was fair and effective. Phyllis E. Lewis
View More
Submit a Law Firm Client Review
Click Here for Invoice Payment
Click Here for Retainer Payment